The country’s electoral authority has not confirmed the victory, but Pedro Castillo holds a tiny lead over Keiko Fujimori.

The leader of the socialist party who appears to be on the verge of winning the Peruvian presidential election claimed the “victory” on Friday with his candidate Pedro Castillo holding a very slim margin over right-wing Keiko Fujimori.

With over 99.5% of the votes counted and only a handful of disputed ballots to add, Castillo got 50.2% of the vote, around 60,000 votes ahead of Fujimori who pushed the fraud allegations, but with little evidence.

The country’s electoral authority has yet to confirm victory, but most observers and some left-wing regional leaders, including those from Argentina and Bolivia, have declared Castillo the winner.

“Several presidents around the world are congratulating themselves on Pedro Castillo’s victory, in other words, he has solid international legitimacy,” Vladimir Cerron, leader of the Peru Free party, wrote on Twitter.

Cerron, a Cuban-trained surgeon and Marxist-Leninist, is a former regional governor who has been unable to run for president himself because he has been convicted of corruption in the past.

Different presidents of the world hail the victory of Pedro Castillo, that is to say that he has a solid international legitimacy.

Translation: Several presidents around the world welcome the victory of Pedro Castillo, in other words, he has solid international legitimacy.

Fujimori has yet to concede the election with less than 100,000 votes remaining and his supporters have called for a protest against the result.

The daughter of jailed former president Alberto Fujimori, she doubled down on unfounded fraud allegations, and her party members said they would not give in until all votes and appeals were counted, which could still take days.

But over the hours, Fujimori’s challenge seemed less likely to succeed, analysts said.

The Peruvian electoral system is considered one of the most robust in Latin America, having been tested in a series of recent elections, including the 2016 vote, when Pedro Pablo Kuczynski defeated Fujimori by a margin of votes even weaker.

Castillo himself also stopped before proclaiming himself the winner, although he said earlier this week that the party had assured him he would be the winner.

Castillo, a primary school teacher and son of poor peasants, galvanized rural support in Peru. He was not a member of the Free Peru Party prior to his candidacy for the presidency. It’s still unclear whether he would take a far-left stance for the economy if he were in power. In recent days, he has recruited Pedro Francke, a moderate left-wing economist as an adviser, who has sought to foster a more pro-market tone.

Amid the uncertainty, a Peruvian prosecutor investigating Fujimori for alleged money laundering on Thursday called for her to be re-jailed for failing to comply with the terms of her parole granted over a year ago.

Fujimori was released last year after spending more than a year in prison as part of an investigation into millions of dollars in illegal campaign contributions she allegedly received from Brazilian construction company Odebrecht. 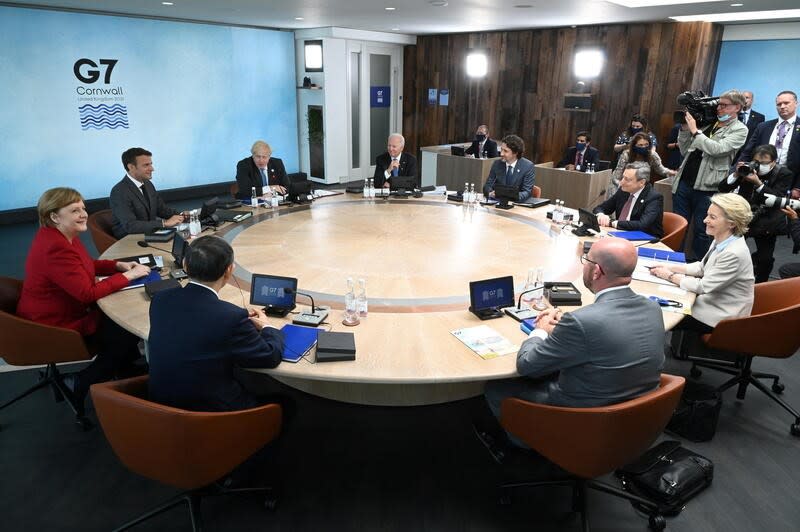