Iranian warships entered the Atlantic Ocean for the first time, which alerted US officials and the hawks in Washington.

Iranian ships, the frigate Sahand and the base ship Makran reached the South Atlantic on Thursday, likely en route to Venezuela, which has increasingly become an economic and military partner of Tehran. Iran maintains friendly relations with Cuba, where ships could call.

“We believe it is the navy’s absolute right to have a presence in international waters,” Rear Admiral Habibollah Sayyari said, according to state television, which released a video showing the Sahand sailing in. the rough waters of the South Atlantic.

The two ships left the Iranian port of Bandar Abbas on May 10 and traveled 6,000 nautical miles across the Persian Gulf, Indian Ocean and Africa to reach the Atlantic in what state television described. as the longest Iranian maritime mission.

The 310 feet Sahand is an Iranian-made frigate. The 755 feet Makran is a converted tanker that includes a helipad and can be used as a base for small boats. Iran claims to have electronic warfare, missile and weapon capabilities, as well as medical facilities.

Analysts said the ships were likely carrying military equipment, possibly fast boats or naval missiles, bound for Venezuela. There appears to be nothing in international law that prohibits such transfers of conventional arms between Iran and Venezuela, nor that prohibits Iranian warships from crossing international waters.

But the subject of the passage of ships has been raised by well-funded pressure groups in Washington and their allied lawmakers. President Joe Biden’s administration has urged Cuba and Venezuela to refuse ships if they arrive in the Caribbean. Last year, the United States seized Iranian fuel aboard four tankers bound for Venezuela.

During a hearing Thursday with U.S. Secretary of Defense Lloyd Austin of the Senate Armed Services Committee, U.S. Senator Richard Blumenthal, a Democrat from Connecticut, warned that allowing ships to dock would be a potentially perilous step. He said he was told the ships contained weapons to be supplied to Venezuela under an agreement negotiated a year ago between Tehran and Caracas.

“The precedent of allowing Iran to supply arms to the region causes me great concern,” he said.

Mr. Austin declined to publicly disclose any information the United States has gathered about the nature of the weapons or cargo aboard the ship.

“I am absolutely concerned about the proliferation of guns, of all types, in our neighborhood,” Austin said. “And so, I share your concern.

The passage of the ships comes at a sensitive time when Iran, the United States and other world powers are negotiating a possible return to an agreement limiting Iran’s nuclear lawsuits that was forged in 2015 but abandoned by the Iranian government. former administration of Donald Trump.

U.S. officials said they were closely monitoring the passage of ships while continuing to negotiate the nuclear deal. A United Nations ban on the sale and export of Iranian arms expired in October despite vehement opposition from Donald Trump’s former administration.

“No matter what these ships carry, there is no ban on the purchase and sale of arms by Iran,” Iranian government spokesman Ali Rabei said this week in a statement. comments reported by state media. but failed miserably.

But a wide range of sanctions remain against Iran, Venezuela and Cuba, paving the way for a possible confrontation between US and Iranian ships at sea.

“We are ready to take advantage of our enforceable authorities, including sanctions, against any actor that allows Iran to supply arms to violent partners and proxies,” US State Department Ned said on Thursday. Price. 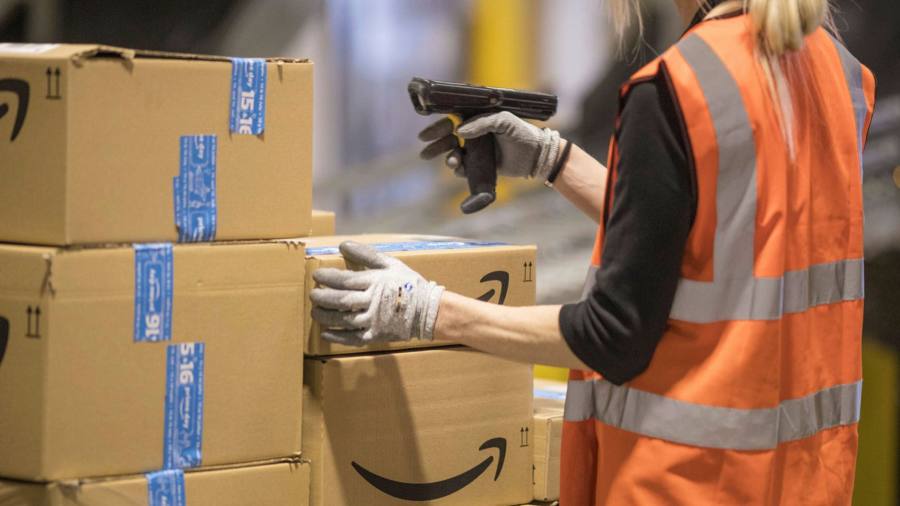