Donald Trump asked Joe Biden to deliver his “heartfelt greetings” to Vladimir Putin when the two leaders meet next week – and said it “should be obvious” not to trust US intelligence on Russian electoral interference.

In a statement from his “Save America” ​​campaign Thursday night, the former US president attacked his successor and suggested he did not trust US intelligence about Russia’s interference in the 2016 election.

In 2018, Mr. Trump was asked after meeting Mr. Putin in Helsinki if Moscow intervened in the 2016 presidential election and he sowed consternation in Washington and the Republican Party by siding with the Russian president.

The White House then claimed that Mr Trump was wrong, but on Thursday Mr Trump said: Brennan, Clapper and many other sleezebags – or Russia, the answer, after all that has been discovered and written, should be obvious.

“Our government has rarely had such thugs like these working for it. “

Mr Biden and Mr Putin will have their first meeting Wednesday in Geneva with the aim of reopening communications between the White House and the Kremlin. The US president is expected to discuss with Putin the cyberattacks by Russian-linked actors against US companies, including the world’s largest meat supplier and a major pipeline, which have been targeted by hackers.

Mr Biden is also expected to warn Mr Putin of the consequences of any interference in future US elections.

As president, Mr. Trump refused to condemn Mr. Putin, who insisted that Russia did not intervene in the 2016 election, despite US intelligence to the contrary.

Mr Trump still claims that Russia did not interfere in the election and has said his meeting with Mr Putin was a success for the United States.

“As president, I had a great and very productive meeting in Helsinki, Finland, with President Putin of Russia,” Mr. Trump said. “Despite the meeting’s belated description in the false news, the United States gained a lot, including respect for President Putin and Russia.

Good luck to Biden in his dealings with President Putin – don’t fall asleep during the meeting, and please give him my warmest regards! “ 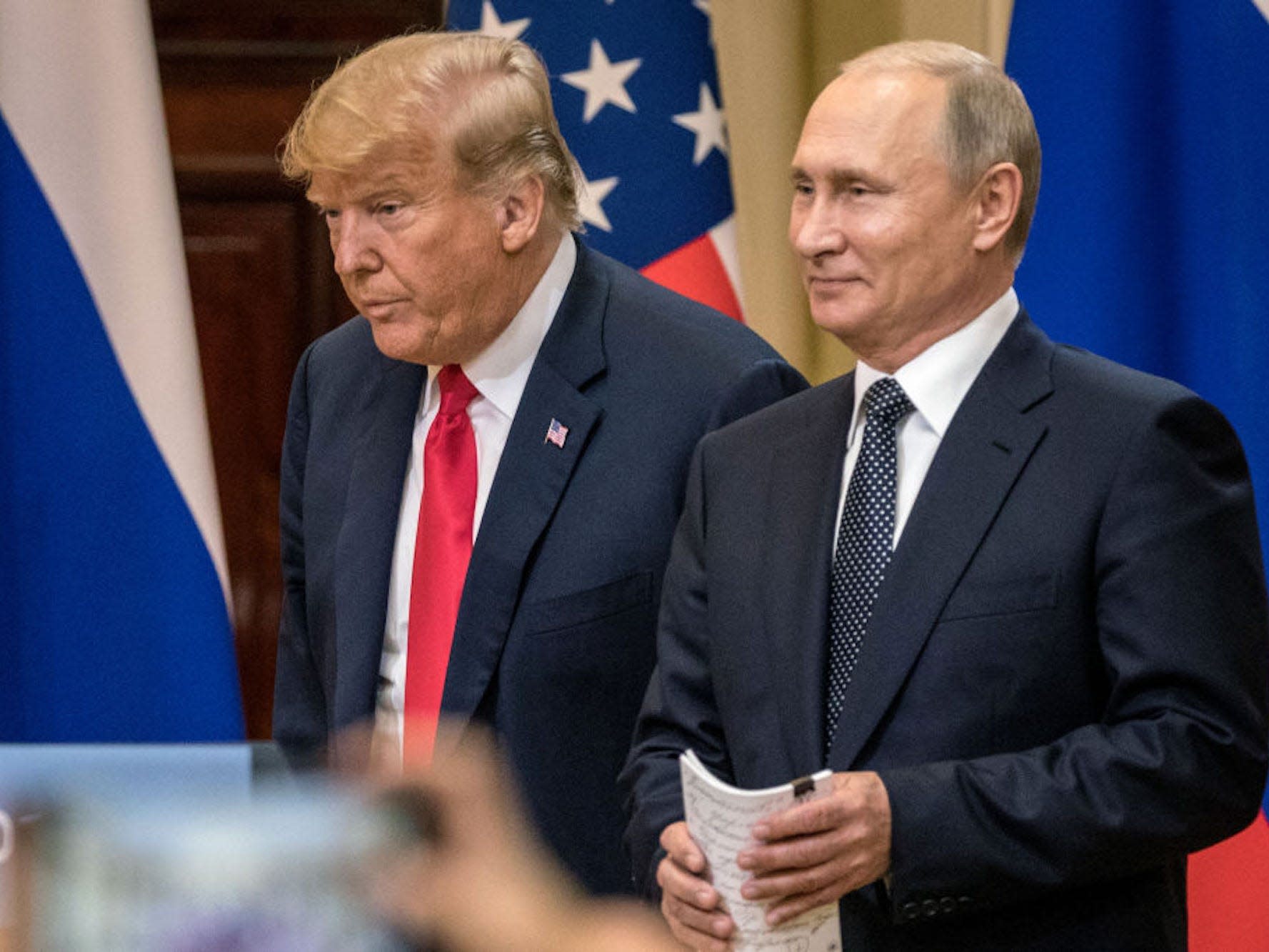