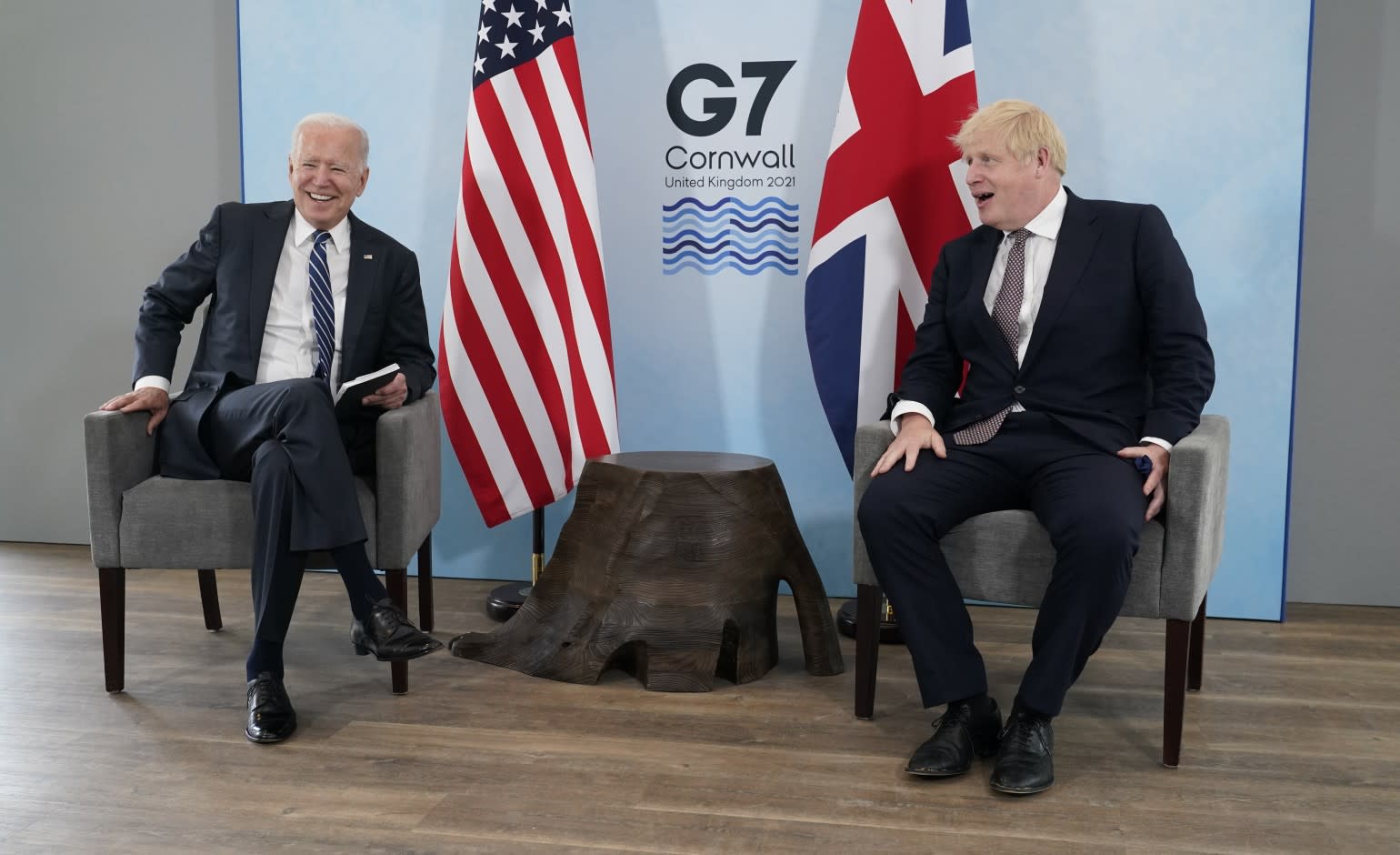 
President Joe Biden just laughed when a reporter asked him if he thought the few hours he spent with Vladimir Putin next week would instantly change the behavior of the Russian president.

The US Commander-in-Chief offered a toothy smile, then turned to the reporter who asked the question following remarks in Cornwall, England, where he met UK Prime Minister Boris Johnson ahead of the summit of the G-7.

“Mr. President do you think your meeting with Vladimir Putin… will change his behavior in a way that the sanctions did not?” The reporter, who was off camera, asked Thursday.

Biden first smiled and looked at the floor as he left his lectern. But then the president slowed down and turned to the reporter with a broad smile. He did not provide a verbal description of what his smile meant, however.

But there have been clues in his descriptions and those of his senior national security aides of the goals of the Putin summit on June 16 in Geneva, Switzerland.

For weeks, the White House has described the meeting as a chance for Biden to issue stern warnings to Putin on a number of issues.

This list includes recent ransomware attacks against companies that supply gasoline and meat products to millions of people in the United States, the Moscow assault in Ukraine and throughout Eastern Europe, and his campaign of disinformation in many countries, including the United States, with his 2016 election interference.

“So our basic take on this is that all ransomware attacks are crimes. They should be prosecuted to the fullest extent of the law, and every responsible nation should take action against the criminals who lead them and should not harbor them in any way, ”said Biden National Security Advisor Jake Sullivan, reporters traveling with Biden on the Air Force. A Wednesday. “President (Biden) will speak to President Putin about our concerns on this front.

When asked later what Biden, then vice president, learned in a one-on-one meeting with the Russian leader a decade ago, Sullivan again clarified his boss’s goals. for the highly anticipated meeting.

“Summary: He thinks you have to be clear, direct and direct in all aspects of the engagement with Vladimir Putin,” the security adviser said. “And that’s what he intends to do.”

The president himself has suggested he is playing a long match against the Russian strongman, using part of his Memorial Day speech to promise to speak candidly to Putin.

“I had a two hour long conversation recently with [Chinese] President Xi [Jinping], making it clear to him that there is nothing we can do but stand up for human rights in the world because that is who we are, ”Biden said. ” I will meet [Russian] President [Vladimir] Putin in a few weeks in Geneva, specifying that we will not stand idly by and let him abuse these rights. “

And upon his arrival in the UK, the US president, also a former chairman of the Senate Foreign Relations Committee, set another expectation for his meeting with Putin: for a more predictable relationship between nuclear-weapon countries. .

“We are not seeking to come into conflict with Russia,” he told RAF Mildenhall. “We want a stable and predictable relationship. … But I have been clear: the United States will respond in a strong and meaningful way if the Russian government engages in harmful activities.”

Biden’s suspicious laugh can be seen at the end of this archived video.

Original location: Biden offers a suspicious laugh when asked if a meeting will change Putin’s behavior