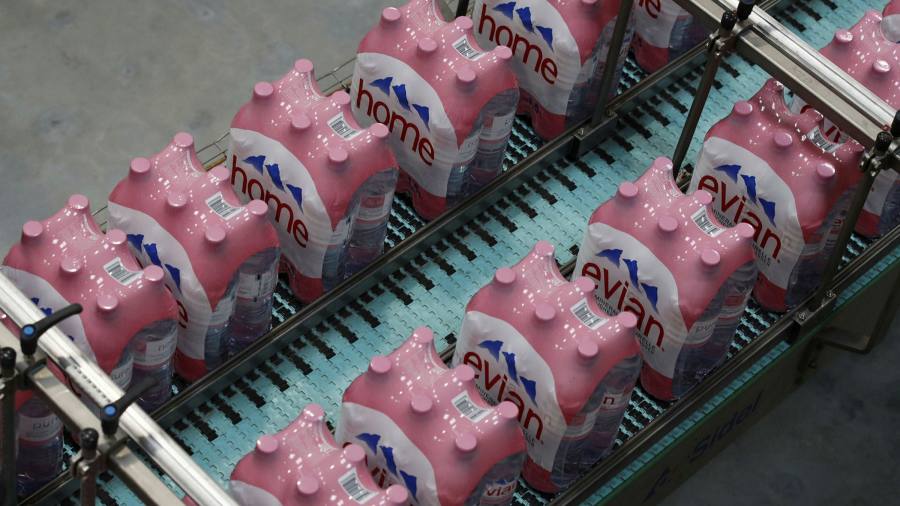 
A major shareholder in the French consumer goods group Danone urged its directors to oust Chairman and CEO Emmanuel Faber, to end a reorganization of the group he defended and to sell underperforming brands which represent 15 % of sales.

Artisan Partners, a US-based investment fund that claims to be Danone’s third-largest shareholder with a stake of around 3%, presented its plan for the company’s turnaround on Tuesday in a meeting with the board administration. Faber, who has headed the Activia yoghurt and Evian bottled water manufacturing group since 2014, was not present.

The Artisan plan was designed by Jan Bennink, an experienced executive in the consumer sector who previously worked in Danone’s dairy and medical nutrition businesses.

Bennink has been working with Artisan since October to analyze what went wrong with the business and what remedies are needed. He took on a similar advisory role for the American activist fund Third Point in a countryside at Nestlé which started in 2017.

“We gave the board our analysis because we want them to know what the business really looks like, as well as our wish list for changes,” Bennink said in an interview.

“Danone was an innovator who was at the start of new food trends, but they’ve lost that culture and are losing market share as a result,” he said. “There has also been a huge drop in ad spend, which means they’re not investing enough in their brands.”

Products accounting for around 15% of sales can be sold, so as to focus on high margin and high growth products

When asked if Artisan would look to replace the board at Danone’s annual meeting in April if he doesn’t agree to his demands, Bennink declined to say. “We have clarified our ideas and hope the board is in good listening mode,” he said.

The campaign for Artisan change is likely to increase the pressure on the board of directors of Danone and Faber. A growing number of investors have gone public in recent weeks criticizing what they see as the group’s poor financial performance.

Danone’s share price has lagged behind its biggest competitors since Faber’s arrival, increasing by around 3% since October 2014, while Nestlé, Unilever and Procter & Gamble are up 43 to 54%.

The activist fund Bluebell Capital in January, called for an overhaul of Danone’s governance to separate the roles of CEO and chairman. Another US fund, Causeway Capital Management, echoed this position last week. a meeting with Bloomberg adding that “people have to take responsibility” for missed goals.

Danone’s sales were hit harder during the Covid-19 pandemic than at its competitors, such as Nestlé and P&G, in part because of its categories such as bottled water which typically rely on consumers being can be found outside the house in restaurants or bars. It is not present in the cleaning products sector, which exploded during the pandemic.

In response to the Covid-19 shock, Faber announced in October a major reorganization of the company along more geographic lines that will lead to until 2000 job cuts. He also committed to selling assets and pruning the product portfolio.

But Bennink said the company’s problems dated back much longer than the pandemic, and resolving them would require not only a new CEO, but also a renewed board of directors with more expertise in the consumer goods sector. . To avoid further disruption, the proposed reorganization should also be stopped.

“In the past seven years you have undergone five organizational changes, which is disruptive and bad for business,” he said, adding that there had also been too frequent turnover in the management of the three. Danone units.

“The company needs new leadership as CEO, and we also want the president to be replaced by an outsider with consumer goods experience,” Bennink said.

When asked if he wants either of the jobs, Bennink said it would be up to the board to decide what is best for the company. “I don’t want to be CEO, but I would like to help as much as I can, so if they asked me to be president, I would be open to that.

Another element of Artisan’s plan would be to sell slower growing, less profitable bottled water brands, like Mizone in China, and focus on high-end brands like Evian, Volvic and Badoit.

In the dairy sector, Danone should move away from staples like traditional milk and butter, Bennink said. “The products representing around 15 percent of sales can be sold, so that we can focus on high-margin, high-growth products,” he said.

Danone declined to comment on Artisan’s proposals, but said earlier that it “welcomes all investments and values ​​constructive views on how we deliver long-term sustainable value.”