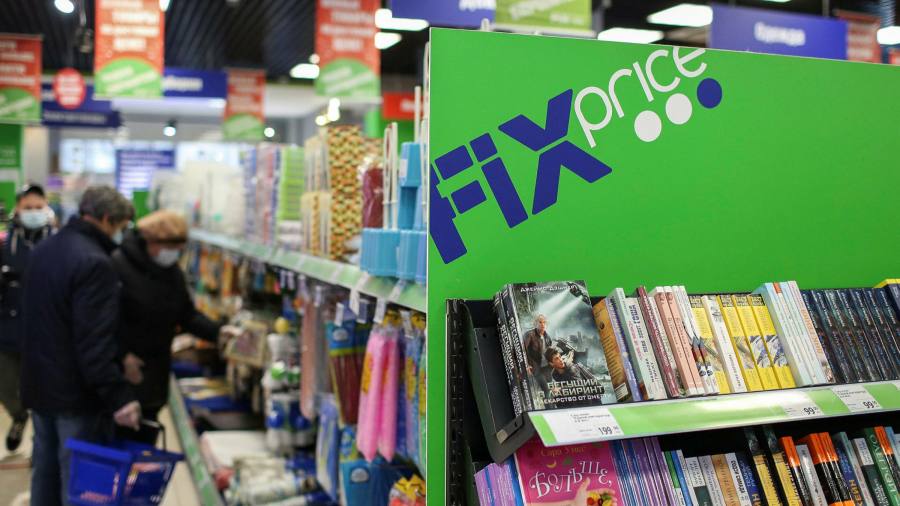 
Russian discount retailer Fix Price is considering an IPO in London that could value the company at more than $ 6 billion.

The initial public offering, which is said to be aimed at raising at least $ 1 billion, is said to be the largest by a Russian company in London since 2017. Fix Price filed the paperwork with the exchange on Monday and plans to list in March .

The chain, which has a business model similar to that of Britain’s B&M and Dollar General in the United States, has flourished in recent years as a drop in living standards has pushed Russians into discount retailers. .

Companies like Fix Price have benefited from changing buying habits in Russia, with real incomes falling 11% since 2013, including a 3.4% drop last year.

Fix Price investors, including founders Sergei Lomakin and Artem Khachatryan, as well as minority investors Goldman Sachs and Marathon Group, will sell shares as part of the IPO.

Lomakin and Khachatryan, who created Fix Price in 2007, plan to retain control of the company, according to people familiar with the matter.

The shares will be tradable as global certificates of deposit, with secondary listing on the Moscow Stock Exchange.

BofA Securities, JPMorgan, Citigroup, Morgan Stanley and VTB Capital will act as co-coordinators and associate bookrunners on the transaction.

Several Russian companies are eyeing foreign listings after a series of recent successful IPOs. Ozon, one of the largest online retailers in Russia, was floated on the New York Stock Exchange last year at a valuation of $ 6.2 billion, since when its market capitalization rose to over $ 13 billion.

Forestry group Segezha, online entertainment platform ivi and gold miner GV Gold are all considering IPOs, according to people familiar with their plans.

This article has been updated to clarify that VTB Capital is not selling shares in connection with the IPO.