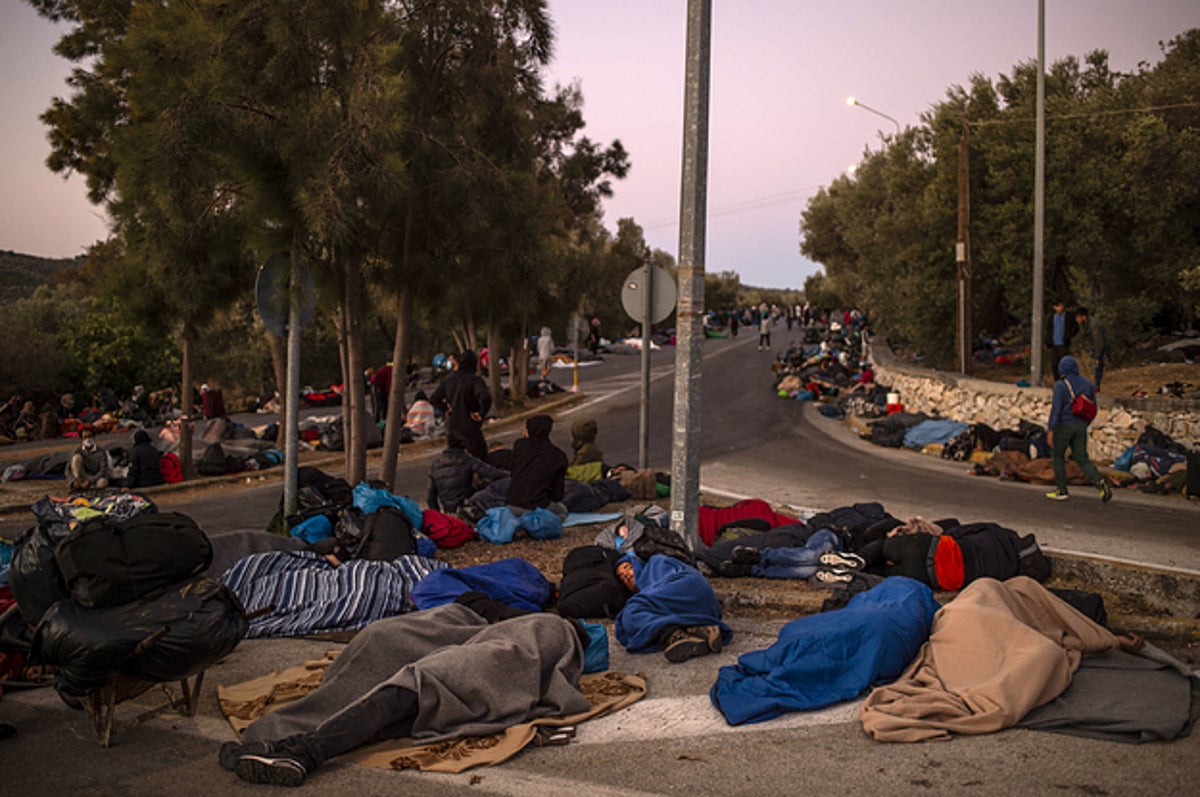 Fanned by high winds, the fire broke out for the first time on Tuesday at Moria camp on the Greek island of Lesbos. Large areas of the camp burned down. Only a medical facility and a few small groups of tents remained standing, according to the New York Times. No deaths were initially reported.

The fires continued until Wednesday, leaving most of the camp residents homeless. Police reinforcements were brought in to prevent people fleeing the fires from reaching the island’s main town, Mytilene, Al Jazeera reported. Residents of the camp, many of whom are refugees who fled Afghanistan or Syria, have been forced to sleep along roadsides and in fields and parking lots.

The notoriously overcrowded camp was on lockdown due to the coronavirus pandemic. It is not known how the fires started. Greek authorities have said the fires may have been started in protest against mandatory quarantine measures. Some migrants told BBC the fires broke out after clashes between camp residents and Greek forces, and blamed “far-right Greeks” for the blaze.

Human rights groups warned the camp was not prepared for the COVID-19 pandemic because it was dangerously overcrowded, with a lack of access to water, health care and sanitation. Residents had protested the appalling living conditions.

Greek Prime Minister Kyriakos Mitsotakis called the European Union take action to help resolve the housing crisis. France, Germany and the Netherlands have so far offered to host some migrants.