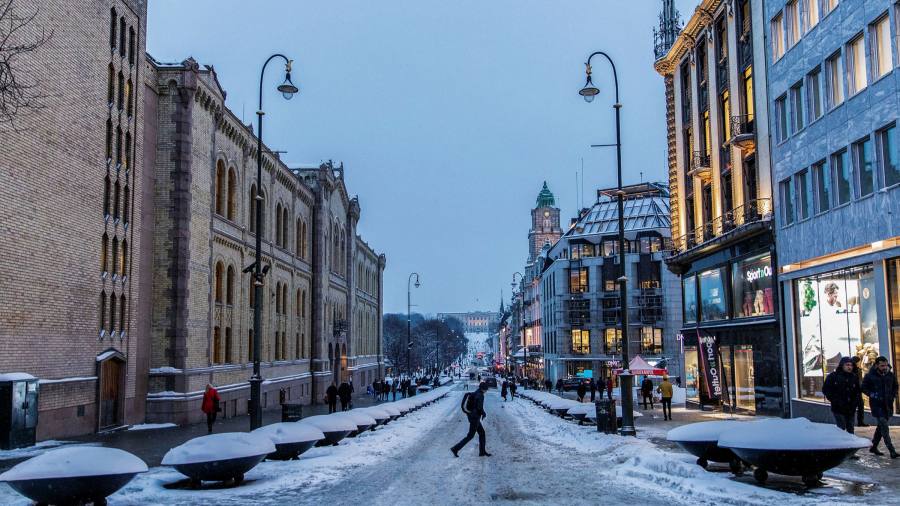 
Norway’s $ 1.3 billion oil fund has finally revealed its stance on gender equality, with the world’s largest sovereign investor saying all companies with less than 30% female directors should consider setting up for aim to increase the number.

The fund, which owns the equivalent of 1.4% of all listed companies globally, first articulated its gender perspective in 2018, but they have remained unheard of due to concerns about ‘they could be seen outside Norway as an attempt to impose’ Nordic values’. . A state official said at the time that the Norwegian government was uncomfortable with the proposal.

The Norwegian fund published a position on the “diversity of boards of directors” Monday saying that directors should have a “diversity of skills and backgrounds.” He added that if a gender had less than 30 percent representation on a board, companies would assess diversity goals and report on progress.

“As a sovereign wealth fund, we are careful not to push issues that are considered political. But this issue of gender balance is not political, it makes quite a business sense, ”Carine Smith Ihenacho, director of corporate governance for the fund, told the Financial Times.

The fund’s new managing director, former hedge fund director Nicolai Tangen, wants environmental, social and governance issues to boost its yields. He has already ad that this year’s fund will announce all of its voting decisions five days before annual meetings of shareholders.

Norway was the first country in the world to introduce a gender quota for boards of directors, deciding that SOEs should have at least 40 percent of each gender from 2008. The policy has worked smoothly despite an initial outcry, but has done little to address the low number of female managers in Norway.

Yngve Slyngstad, Tangen’s predecessor at the head of the fund, told the FT in October 2018 that he had hesitant to push for gender balance “Because it needs to be clearly understood both internationally and with regard to our own governance structure that this is by no means going to an area that looks like politics.”

Ihenacho said the fund had already started voting last year against directors on nominating committees of 16 large and medium-sized companies in the United States and Europe that did not have female directors. One of the people targeted according to the voting records was Southern Copper, which is part of Grupo México. This year, it will target companies in developed countries with fewer than two women on the board.

In its position paper, the fund noted that there were potential drawbacks to introducing a request on gender diversity, such as an uncertain link as to whether it improves performance and the possibility that it could exclude other criteria for non-executive directors. But Ihenacho stressed that these were offset by the value of different perspectives, improvements in decision-making and because “diversity is increasingly important to the legitimacy of boards.”

Headhunters in Norway have said quota law requires them, as well as boards, to look beyond their traditional talent pools for directors. Ihenacho said the 30 percent target may not be ambitious in Scandinavia, but “globally it’s a big stretch in many markets.”

The Norwegian fund has taken an increasingly active stance on property issues in recent years, voicing expectations on issues such as CEO compensation, how their roles and that of chairman should not be combined, the issue of shares and the different classes of shares with voting rights.