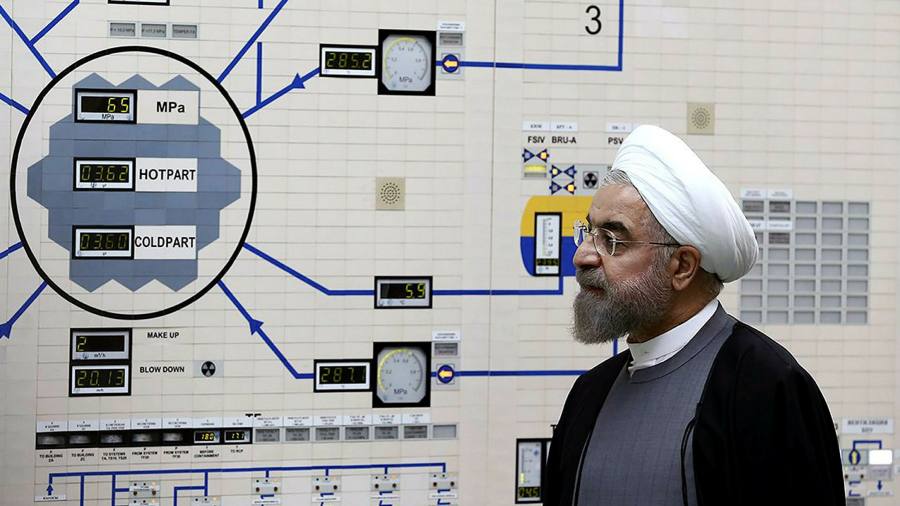 
Iran said Monday it could block some inspections of its nuclear sites, further complicating Washington’s hopes of reviving the 2015 nuclear deal with world powers.

The Islamic Republic would stop abrupt visits by the International Atomic Energy Agency to its nuclear sites unless the United States lifts sanctions, an official in Tehran said. Iran argues that these additional inspections are voluntary and that its hard-line parliament has set a February 21 deadline for President Hassan Rouhani’s government to stop complying.

“If the other side [US] does not keep his commitments [under the nuclear accord], the government will certainly be obliged to respect the law approved by the parliament and to stop the voluntary implementation of the additional protocol, ”Saeed Khatibzadeh, spokesman for the Iranian foreign ministry, told a press conference. Iran insists that these additional visits are only a voluntary gesture and a gesture of goodwill.

“It won’t take long. On the deadline it [a snap inspection] can stop immediately, ”Khatibzadeh added. “This does not mean that all inspections will stop, however. Iran is a member of IAEA safeguards and will allow a significant portion of these inspections to continue. “

Donald Trump withdrew the United States from the nuclear deal in 2018, imposing severe sanctions on the republic as his administration sought to secure a new deal that included Iran’s regional and military policies. President Joe Biden, however, has expressed his willingness to return to the nuclear deal, on condition that Iran also returns to full compliance.

Iran says the United States should revert to the nuclear deal unconditionally, but Biden’s team said Iran should fully comply with it first.

Over the past year, Iran has canceled most of its commitments under the agreement. In January, the country began enriching uranium to about 20% purity, another violation of the agreement. This brings it closer to the ability to produce military grade uranium, which requires 90% purity. Iran denies any intention to make a bomb.

The nuclear deal was Rouhani’s signature and some hard-line supporters are suspected of wanting to block a speedy return to it for fear of boosting the chances of moderate candidates in the June presidential elections. Rohani must resign after two terms.

Khatibzadeh added that Iran’s new measures were not intended to end the nuclear deal and added that they could “easily be canceled provided the other parties honor all their commitments.”

Abbas Araghchi, deputy foreign minister, said last week that small measures by the Biden administration – such as granting waivers for Iranian oil sales – were not enough to convince Iran to fully comply with the agreement.

“The important thing is that our crude is sold and that the problems related to its transport and insurance as well as all other secondary issues are resolved. The oil should be received by the customers and the money should be sent to us through the banking system, ”he said. “This is what lifting the sanctions means.”