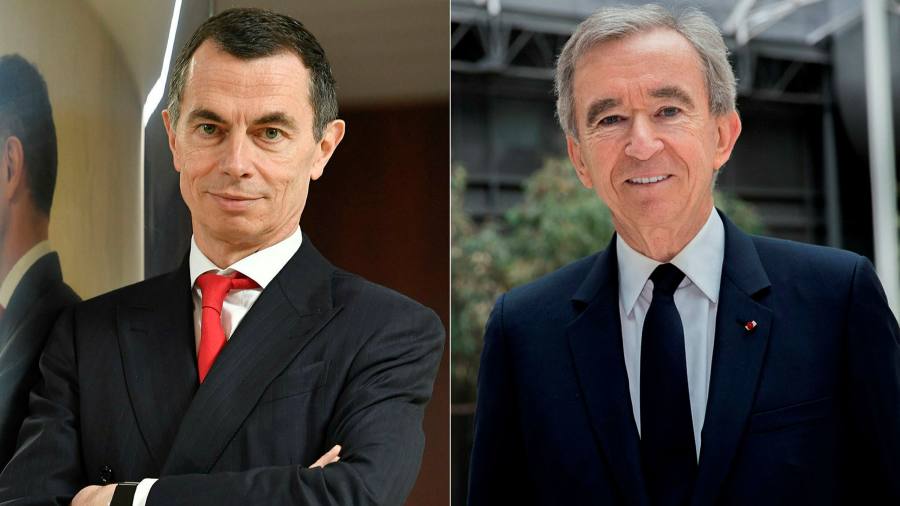 
Bernard Arnault, founder of LVMH, and the former director of UniCredit, Jean Pierre Mustier, are creating an acquisition vehicle with a specific vocation to invest in European financial companies, joining the $ 100 billion Spac Arrow.

Tikehau Capital and Financière Agache, a holding company controlled by Groupe Arnault, will sponsor Pegasus Europe, which will be co-led by former Bank of America trader Diego De Giorgi, Mustier said in an interview.

Pegasus will be listed in Amsterdam, which is emerging as the European Capital of Blank Check Companies after becoming the primary beneficiary the shift in trading of euro-denominated shares out of London since Brexit.

Spac will seek to raise hundreds of millions of euros and JPMorgan would advise it, according to a person familiar with the matter. Pegasus declined to comment on the size, citing the pre-registration rules.

Spacs raise funds by going public, then use the proceeds to publicize promising private companies through reverse mergers. Shareholders don’t know in advance which Spacs companies will target, so engage based on the records of those who run and sponsor them.

Arnault is one of the richest men in the world. He has a fortune of $ 114 billion that he amassed over four decades of trading that gave birth to the world’s largest luxury group, including brands Louis Vuitton, Dior, Givenchy, Veuve Clicquot and Dom Pérignon.

Pegasus is among the first in an expected wave of European Spacs, which until now have been a largely American phenomenon. Telecom billionaire Xavier Niel, launched two, one focused on television production and the other specializing in organic food.

Mustier, De Giorgi, Tikehau and Financière Agache will buy at least 10 percent of Pegasus’ IPO and “enter into a substantial forward purchase agreement,” according to a statement.

“Europe needs more growth capital to support businesses and Spac may be the missing instrument between a traditional IPO and private equity financing,” Mustier told the Financial Times.

The reasoning behind Pegasus is that European financial services – especially asset management, insurance and fintech – are ripe for consolidation as extremely low interest rates, new regulations and technological advancements have disrupted their markets. business models.

“It’s not just a quick deal. We can offer a long term investment and partnership with our expertise, ”said Mustier. The reputation of the four sponsors “reassures companies that we have a long-term vision and a deep understanding of the financial sector,” said Antoine Flamarion, co-founder of Tikehau.

A number of CEOs of European banks are in the process of launching Spacs, including Mustier’s friend and former Credit Suisse chief executive Tidjane Thiam, who is announcing a $ 250 million finance-focused vehicle in New York. Former UBS CEO Sergio Ermotti, former Commerzbank boss Martin Blessing and Barclays investment banker Makram Azar are among others.