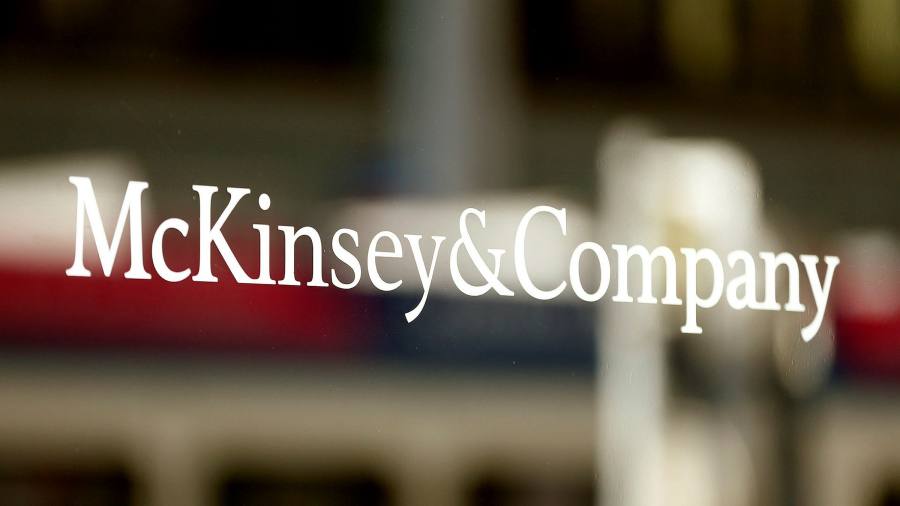 In a letter sent this week to senior executives at banks that used the CIB Insights service, two senior partners at the consulting firm alleged that anonymous people had bypassed security measures by Coalition, the leading provider of bank research in global investment, to take information with them. they left to join McKinsey.

The letter, which was described to the Financial Times by someone familiar with its contents, adds that McKinsey’s investigation into the case began at the behest of Coalition, a financial services research firm owned by Standard & Poor’s. .

Investment banks are very sensitive to how their private data is used, and the letter points out that McKinsey found no evidence that material non-public information was misused, or that client data obtained. improperly with Coalition had been disclosed or used outside of CIB Insights team.

CIB Insights, which was formed in 2019, has offered industry insight and insight to leading investment banks, including Deutsche Bank, Credit Suisse, and Morgan Stanley.

McKinsey said, “As a result of our review, we now believe that several individuals violated McKinsey’s terms of employment and professional standards. While our clients’ information remains secure, we have taken immediate action to terminate the employment of those involved to date, suspend CIB Insights products for the foreseeable future, and notify clients of action taken.

The letter from McKinsey partners also pointed out that the company had reacted quickly, laying off or suspending an undisclosed number of CIB Insights employees and “halting” the work of the unit.

The letter suggests that some of those suspected had made inappropriate efforts to poach their former colleagues, alleging unauthorized communications with Coalition employees about the possibility of working for McKinsey.

He also alleges that former colleagues who were still at the Coalition inappropriately passed on information to people who had joined CIB Insights.

McKinsey launched CIB Insights as part of a strategy to add more data analytics to its consulting services.

He poached several Coalition staff, whose leaderboards many investment banks use in their marketing, but only had six active clients by the time McKinsey interrupted his work.

Clients of both companies have provided them with internal data to help them compile their analysis of costs, revenues, capital levels and workforce in different sections of the industry.

Coalition achieved sales of £ 35million and net profit of £ 11.4million in 2019, according to accounts filed with Companies House.