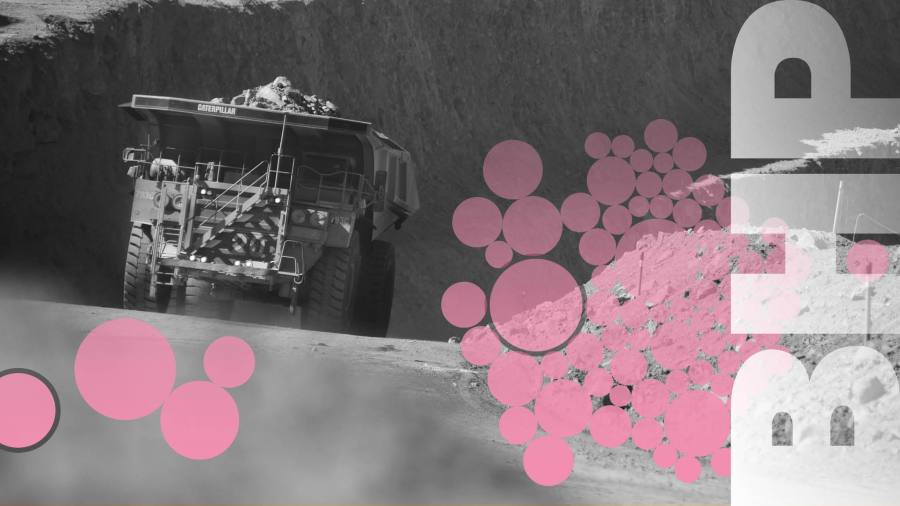 
BHP edged out Royal Dutch Shell to become the UK’s largest company by market value, highlighting the contrasting fortunes of the mining and oil industries during the pandemic.

The miner’s share price jumped 120% from its March low, driven by booming Chinese demand for the company’s most important product, iron ore. Its shares are up 25% from a year ago and BHP’s market capitalization is now at £ 120 billion, according to data from Refinitiv.

In contrast, Shell shares have only gained 41% in the same period and remain 33% below their level of a year ago, as the company struggles to convince investors that it can switch to low carbon energy.

The oil major, which recently reported its lowest profits in 15 years, is currently valued at £ 102 billion and is the third-largest blue-chip company in the index just behind Unilever.

However, due to its dual listing structure – comprising two legal entities, Sydney listed BHP Ltd and London listed BHP Plc – only 42% of the total number of BHP shares are listed in the UK, so the Anglo-Australian minor does not have the highest weighting of the FTSE 100.

This crown is held by the Anglo-Dutch consumer goods company Unilever, which recently completed a unification of its shares.

When it releases its half-year results next week, BHP, which has kept all of its mines in operation throughout the pandemic, is expected to post underlying attributable profit of $ 6.3 billion for the six months ending in December. JPMorgan expects it to make $ 15 billion in profit for its full year through the end of June.

The price of iron ore, the key ingredient needed to make steel, doubled last year to nearly $ 165 per tonne – and BHP is expected to produce 245 million tonnes in its current fiscal year for a cost of only 13 to 14 dollars per ton.

“I think it’s pretty hard to criticize BHP now,” said Ben Cleary, partner at Tribeca Investment Partners, a boutique hedge fund with $ 3 billion under management. “They have a well-defined dividend policy and offer investors an excellent return on capital.”

BHP pays at least 50 percent of the underlying attributable profit in each reporting period as a dividend.

The company has come a long way in the four years since it was the target of a campaign led by activist investor Elliott Advisors. At the time, BHP was far from at the top of the list of companies, with a market capitalization of around £ 75bn, while Shell was valued at over £ 180bn.

Elliott accused the miner of failing to provide “optimal” shareholder value by sticking to its complex corporate structure which dates back to the 2001 merger of BHP in Australia and London-listed Billiton.

Tribeca also entered the fray, calling on the company to sell its loss-making shale business in the United States and overhaul its board of directors, which it said had destroyed $ 30 billion in capital.

“If you look at what has happened to the price of iron ore and oil over the past four years, that explains a lot of the performance of BHP and Shell,” said George Cheveley, portfolio manager at Ninety One, a manager of assets.

However, some of the credit must go to the business, according to Cleary. BHP is now a company easier to follow and model, focused on just four commodities – copper, iron ore, coking coal and offshore oil.

“They did a good job because it took a bit of heat from us and other shareholders,” he said. “They sold US land-based oil companiess and now have a much more transparent approach to new projects.

BHP has also benefited from renewed investor interest in mining and commodities, fueled by expectations of a boom in green infrastructure spending by governments. Elliott remains a large shareholder, owning more than 5% of BHP shares in London.

Under the leadership of Mike Henry As of January 2020, BHP has been looking to move away from thermal coal, which is burned in power plants to generate electricity, and expand into future metals such as copper and nickel.

The company will decide this year whether or not to pursue a $ 5.5 billion Canadian potash project that investors believe could eventually supplant oil and gas as the fourth leg of BHP’s business.

“From the late 2020s, potash production could start to replace offshore oil profits over time,” Ninety One’s Cheveley said. In recent years, oil has generated around 15% of BHP’s profits before interest, taxes, depreciation and amortization.

Energy is the world’s essential business and Energy Source is its newsletter. Every Tuesday and Thursday, straight to your inbox, Energy Source brings you essential news, cutting-edge analysis and insider information. register here

But the company’s rise to the top of the UK business rankings has coincided with a new debate over BHP double list structure and whether the company should be unified in Australia, where investors enjoy special tax benefits called postage credits.

The catalyst was BHP’s decision to effectively abandon the possibility of making tax losses in its coal business. These were previously seen as an obstacle to unification.

In a recent report, BofA analysts said ending the dual listing could “close” the 18% gap between Australian and UK stocks.

To do this, it would also require the support of 75% of the investors of the two entities present or voting by proxy at an extraordinary meeting.