MEXICO CITY – Over the past few weeks, Britain and the United States have watched with relief as their citizens start getting vaccinated COVID-19[female[feminine – but across much of Latin America, Africa and large parts of Asia the news was greeted with a mixture of resignation and anger.

For many people in developing countries, there is still no light at the end of the tunnel.

These countries are struggling to access long-awaited vaccines after rich countries set aside enough doses to vaccinate their populations multiple times.

“International solidarity must grow,” Martha Delgado, the Mexican official responsible for negotiating the country’s vaccination contracts, told BuzzFeed News. Echoing the concerns of the developing world, she warned that there will be no end to the global pandemic until everyone has access to the vaccine. She wants the United States and other Western countries to think outside of their own borders and their immediate needs. “No one will be safe until everyone is vaccinated,” she said.

Canada, for example, has pre-ordered at least four times the amount it needs to immunize its 38 million citizens. The UK has secured enough to cover almost three times its population. The European Union and the United States could vaccinate almost all of their inhabitants twice with the number of doses of vaccine they have reserved. During this time, almost a quarter of the world’s population will not have access to a vaccine until at least 2022, according to the BMJ, a medical journal.

So far, some of the poorest countries that have been hit hardest by the virus have only pre-orders to cover a small fraction of their population. Peru, where a dramatic oxygen shortage left the country at the forefront earlier this year, and El Salvador, where more than one in 4 people fall below the poverty line, have pre-ordered doses for less than half of their population, according to a New York Times Analysis.

Countries that have pre-orders but lack political or economic clout may have to wait longer than the major powers. Mexico, which according to its government has obtained contracts with various pharmaceutical companies to inoculate 116 million of its 126 million citizens against COVID-19, says it will not complete the operation until at least March 2022.

After Delgado told the BBC that “at least in Mexico we have the money to buy vaccines,” Xavier Tello, a Mexico City-based health policy expert, retweeted a post linked to the interview, saying, “I can have the money to buy myself a Tesla; but if someone else has already paid, I will probably have to be on a waiting list. “

Many in Mexico say the country can’t wait any longer. On paper, the country has the fourth highest death toll, only behind the United States, Brazil and India, but the official number – 118,598 – is likely much lower than the actual death toll. There were at least 60,000 more “excessDeaths in addition to these in 2020.

And Mexican healthcare workers say they’re being pushed to their limits due to PPE shortages, burnout and heartache. More than 2,250 doctors, nurses and medical staff deceased, according to government figures. With nearly three times the population of Mexico, some 1,500 health workers died in the United States.

Who gets how many vaccines, and when, has opened an unprecedented ethical debate. Should governments put their own citizens first? Should the first vaccines be allocated to a certain proportion of the population of each country? Should initial doses be given to people at risk around the world before they are distributed among those without co-morbidities?

Arthur Caplan, head of the division of medical ethics at the NYU School of Medicine, said he partially defends the first school of thought – vaccine nationalists. Countries that can afford it should take care of themselves first, “plus a little more for insurance,” in case current vaccines only offer immunity for a limited time and only a booster. is needed in the near future.

But when it comes to making a more ethical decision, Caplan said that once a state has vaccinated its healthcare workers, the elderly and people with pre-existing illnesses, it should act to vaccinate the same. population in other countries thereafter before vaccinating young adults and low-risk populations.

COVID-19 has wreaked so much havoc around the world that fairness is not part of the decision-making process when it comes to vaccine distribution between countries.

“Rich countries are so bad they don’t think about it,” Caplan told BuzzFeed News.

While the second option – allocating vaccines to an equal number of people in each country – may seem more equitable, it may end up being ineffective. Ignacio Mastroleo, Argentinian expert in medical ethics and part of the World Health Organization’s Expert Group on Ethics and COVID-19, notes that giving Peru and Poland the same amount of vaccine, for example, would not take into consideration the fact that the virus killed 11,600 more people in the first than in the second (their populations are 32 million and 38 million respectively).

This option “is not sensitive to the needs of the population,” Mastroleo said, adding that the poverty rate in Peru is 10 times higher than in Poland.

Mastroleo said that if there is one silver lining, it is that, unlike the 2009 swine flu pandemic, efforts are being made by international organizations to support equal access to vaccines this time around. -this. One such mechanism, co-founded by the WHO and known as COVAX, is a global pool of vaccines to which the poorest countries will have access. But the program will only supply less than 20% of the 92 low- and middle-income countries.

Unequal access to vaccines is likely to occur not only between countries, but within them, leaving millions of vulnerable people defenseless against the virus. On Monday, Colombian President Iván Duque announced during a interview with Blu Radio that there are no plans to vaccinate undocumented migrants, saying that if the country does, it could create a “rush” of immigrants in Colombia. There are currently 1.7 million Venezuelans living in Colombia, and about 55% of them do not have citizenship. Most of them fled an economic crisis and a humanitarian crisis in Venezuela.

Relief for millions of people may not come until the end of 2021 or even later, when countries that have accumulated excess vaccines sell them or give them to poorer states, Delgado says.

“This is not the right strategy,” Delgado said. Relief will come sooner to the whole world when people stop “seeking their own salvation”. 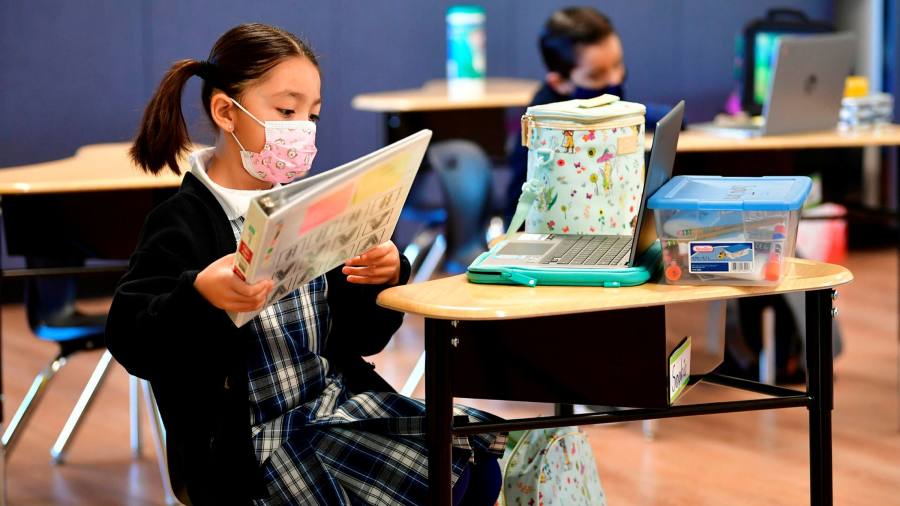