This is the web version of Bull Sheet, Fortune’s daily no BS in the markets newsletter. Sign up to receive it in your inbox here.

Buongiorno. Global stocks are returning to record territory this morning, and US futures also rebounded on another round of strong profits from Twitter and Lyft yesterday.

Looking ahead, today we get the CPI numbers, which gives market watchers, economists, and crypto bulls an excuse to debate the existence of the mythical I word, inflation.

I’ll believe it when I see it.

In the meantime, let’s see what is moving the markets.

Alright, Bull Sheeters. Yes YOLO is the “you only live once” trade, and FOMO is the “fear of missing” the trade, what is, please, the TINA Trade?

Yes, it is the “there is no alternative” trade. (My wife is convinced that I create these acronyms in my spare time… Barely! PSPCs consume all my free time.)

Why am I invoking TINA?

Because yesterday I received two research notes suggesting that the goddess of non-alternative trading is making a comeback. Specifically, Wall Street watchers are noticing the first noticeable signs in 2021 that investors are reversing small caps and instead pumping money back into large caps. BofA stock analysts call it the ‘small cap reversal’, and here’s what it looks like:

“Institutional clients,” they wrote, “drove small-cap sales last week; retail clients continued to buy them but with much more subdued inflows than the previous week (when hedge fund flows were essentially neutral). Meanwhile, large caps posted the largest inflows in seven weeks, with buying across all client groups. “

Overall, the only flow out last week – a week in which the S&P rallied 4.6% – was in small-cap stocks, as shown in the chart above. This is after weeks of influx into small caps.

This reversal makes sense given the pretty impressive data to come in this earnings season. With such a regular parade of rhythms, there is no alternative large caps in your portfolio – and the fund flow data from last week reflects that thinking.

Meanwhile, in another investor note, Chris Zaccarelli, chief investment officer for the Independent Advisor Alliance, explored why some of the big must-see calls for 2021 aren’t quite happening right now.

“Most consensual transactions to come in the year – short on the dollar, value on growth, international on the United States, and so on. – have all been called into question recently, ”he wrote, noting that growth stocks have rebounded in recent weeks.

We’ve seen this with the likes of the Dow and Nasdaq 100 on a great run so far.

Now, it is important to note that this data represents only a few trading sessions. No one is saying to ditch value stocks and small caps. Indeed, the Russell 2000 outperformed the Dow and the S&P bluechip yesterday.

But don’t forget the power of TINA either. She reminds us that the investment strategy that helped your portfolio get through a difficult 2020 could do wonders again in 2021.

Btw, if you have seen other acronyms related to markets, please share them. I’m amazed at how often English-speaking acronyms pop up in casual conversations here in Italy (and then an Italian invariably questions me about the origin of this acronym.)

Have a very good day everyone. I’ll see you here tomorrow… Until then, there’s more news below.

As always, you can write tobullsheet@fortune.comor reply to this email with suggestions and comments. 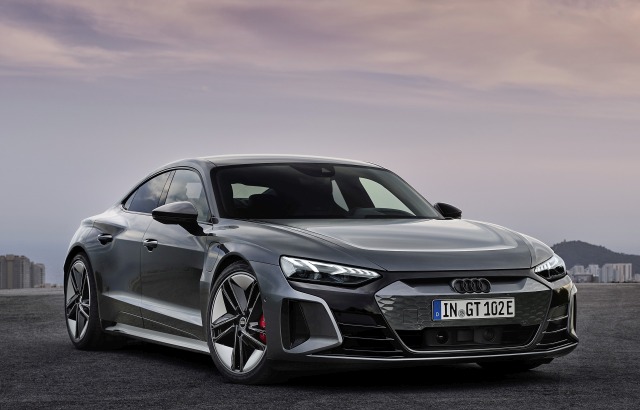